Investing in a side-by-side is a wise decision for obvious reasons—these things are tons of fun! However, side-by-sides sometimes get skipped over because they are assumed to not be much more than a souped-up four-wheeler. Side-by-sides are far different from four-wheelers. Take a look at a few of the advantages when the two ATVs are compared.

Hands down, one of the biggest advantages of buying a side-by-side instead of a four-wheeler is the fact that these vehicles have far more safety features, and they could easily be deemed as safer off-road vehicles. Side-by-sides have:

In addition, you can safely travel at higher speeds on a side-by-side because you have more control and stability than what you would if you were on a four-wheeler.

Side-by-sides can be driven on the road in some states.

Depending on what state you live in, a side-by-side may be allowed on the road, especially in rural areas. You would be hard-pressed to find a place where it would be legal to drive a four-wheeler on a road at all. Because four-wheelers do not have the same safety gear as side-by-sides, they are not considered road-worthy vehicles.

Side-by-sides allow you to travel with others when you want.

Four-wheeling can be done with a rider on the back, but these machines aren't really cut out for long stretches of time riding double. Side-by-sides are built with comfortable seating for two, and some of them even have seats in the back, so if you choose to ride with multiple people, you can do so comfortably. This feature can be really helpful if you are heading into the wilderness for a group activity like camping or fishing.

Side-by-sides allow you to carry things with you.

Say you are planning an off-road excursion into the wilderness for camping. If you have a four-wheeler, you have a small rack on the back to carry a few things. This small rack may give you space to strap a cooler down or carry a backpack, but that's about it. However, if you have a side-by-side you can carry everything from a bundle of firewood and a cooler to a backpack of camping gear and your dog. The fact is, side-by-sides give you way more hauling space. 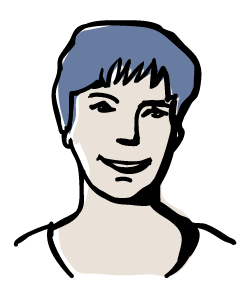 After I got married, I realized that there weren't a lot of nights that I was out with my friends. After a few years, I knew that I had to start enjoying my own hobbies again--or risk becoming a tremendously boring person. I called up an old friend of mine who enjoyed motor sports, and asked him if I could tag along. It was great to get out into the open air and enjoy some time on my own, and it actually made my marriage a little healthier. This blog is all about enjoying time away from home the fun way. Check it out!

4 Advantages Of Side-By-Sides Over Regular Four-Wheelers
11 October 2019
Investing in a side-by-side is a wise decision for obvious reasons—these things are tons of fun! However, side-by-sides sometimes get skipped over bec …

Tips For Buying Your First ATV
5 April 2019
All-terrain vehicles, commonly referred to as ATVs, can be used for fun or work, so it is not surprising that many people want to own at least one. Wh …

Buying Tips For First-Time Boat Buyers
12 August 2018
If you have been saving up to buy a boat for your family to enjoy but have never purchased a boat before, then these tips will help you buy the best o …